HGP’s February Health IT Insights provides a summary of Health IT transactions, news, and public company performance during the month of February. Government influence in HIT showed no signs of abating during the month, with the introduction of new mandates and payment models, including HHS’s new interoperability standards and reimbursement programs for medical transportation. Now merged with Aetna, CVS unveiled its HealthHub, yet another example of consumer-based concepts intending to disrupt traditional care delivery models. Transaction highlights for the month reflect a mix of traditional EMR, consulting, and infrastructure consolidation, while investment activity was concentrated toward disruptive, next generation technologies, with two new companies achieving unicorn status.

HIT experienced significant M&A activity in February, with a high volume of deal activity within infrastructure and PM/EMR software and consulting.

PM/EMR software and consulting activity was particularly high during the month: 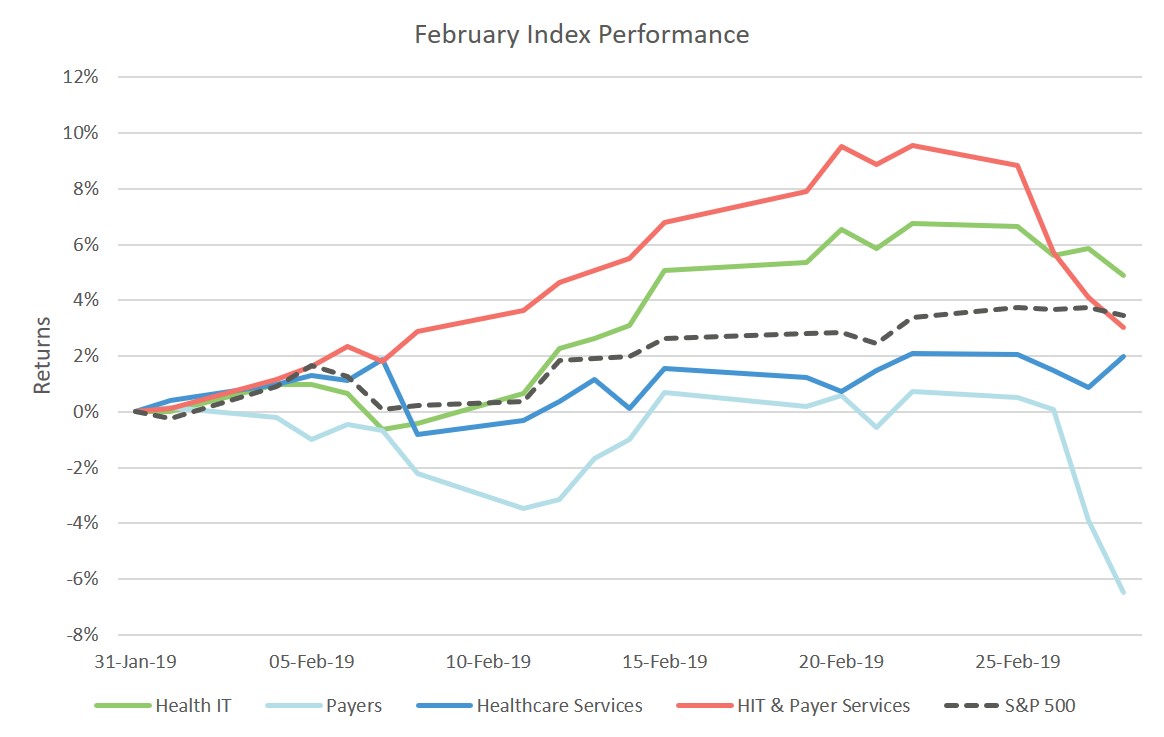 The following tables include summary statistics on the four sectors tracked by HGP as well as the S&P 500 and NASDAQ for February 2019: