The Public Market Health IT Landscape 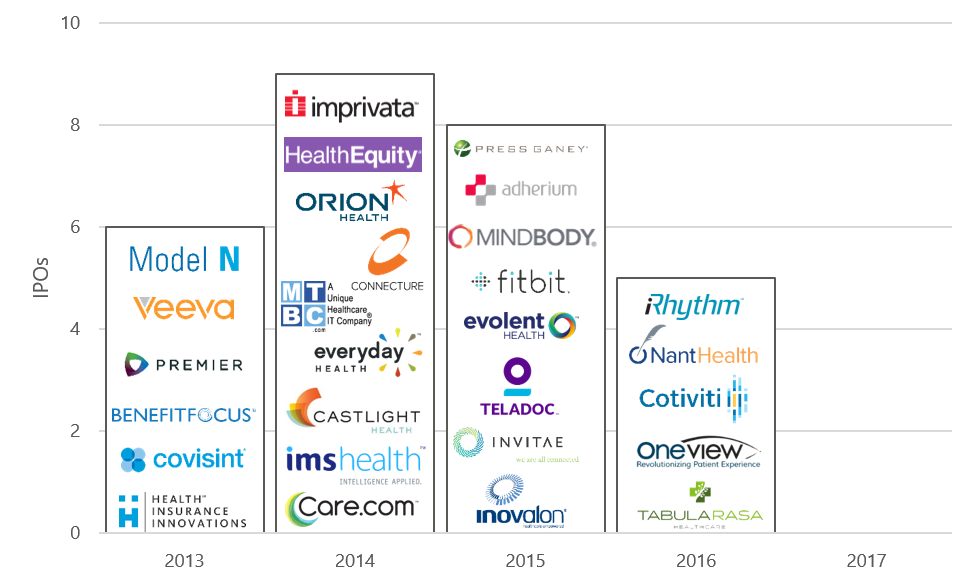 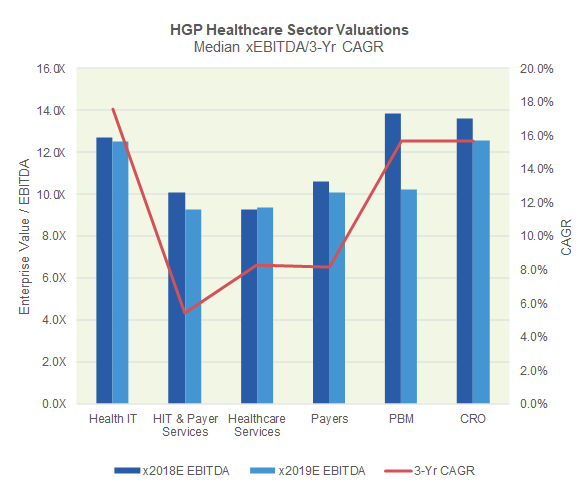 The Health IT Index has seen mixed performance over the years.  The EMR cohort has undergone multiple compression from ~3x revenue to ~2x revenue since 2014 with even the stronger EMR players like Cerner and athenahealth seeing a squeeze on value.  However, as noted, the mix of public companies is generally not a fair reflection of the market overall.  Large, private EMR vendors, particularly specialty EMR vendors, such as Modernizing Medicine, Nextech, Net Health, NetSmart, PointClickCare, Logibec, AdvancedMD, Office Practicum, and many others have or will transact at valuations generally higher than their public comps.  The high performers of the Health IT group saw revenue multiples hold steady, or in select cases increase conservatively (see Roper Technologies).  This cohort is the strongest comparable set for private company valuations. The low performing Health IT companies are mostly those that overpromised in their IPO prospectuses or have business models that have evolved to become more services heavy since they went public.  The disconnect between private and public HIT valuation is noteworthy and generally leads to public comps not serving as an influential guidepost for private company valuation.  It may also partially explain why many companies have chosen to remain private despite having the wherewithal to IPO. 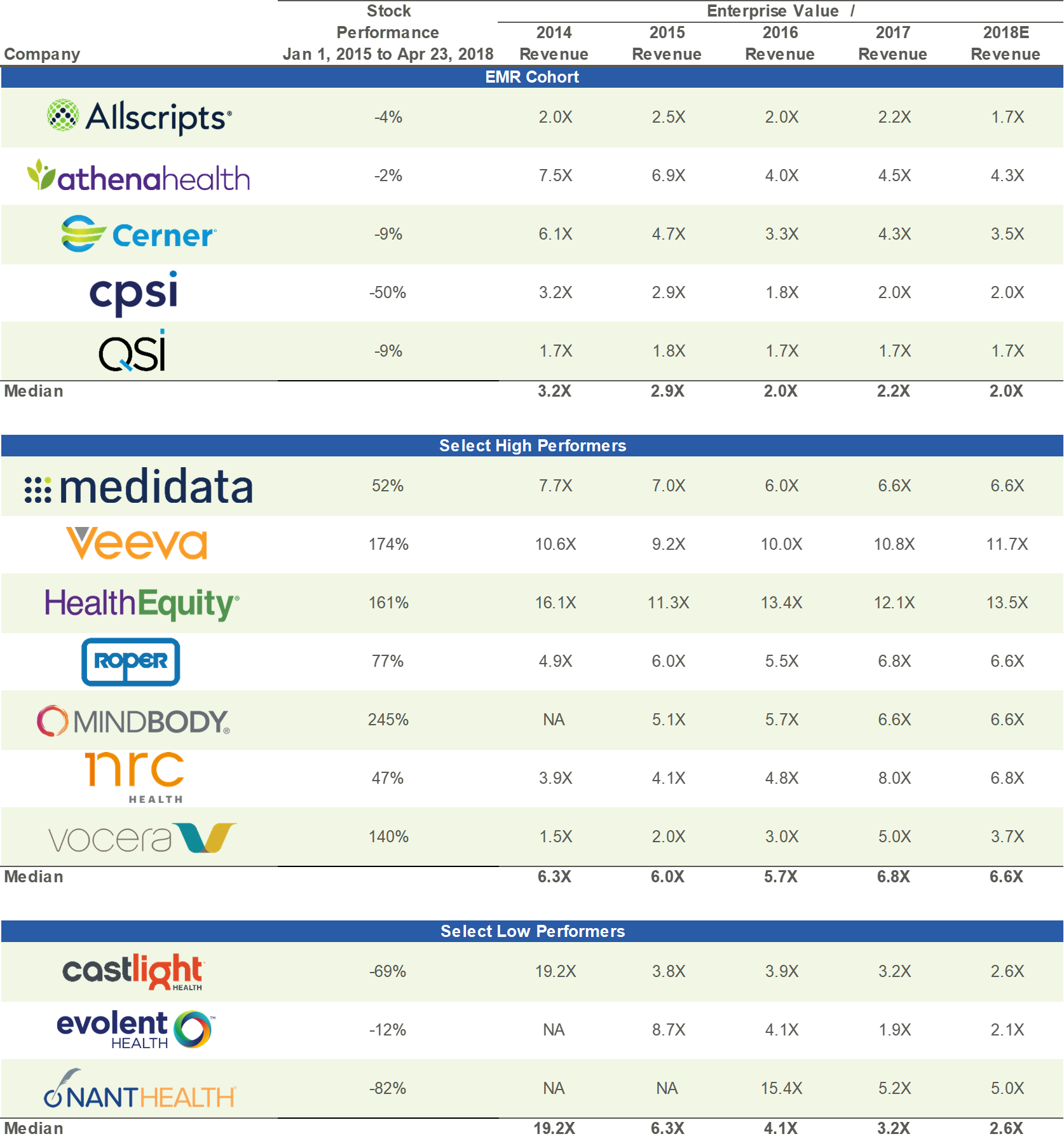