Health IT Investment on Record Pace through Q3

Through Q3-2017, investment in Health Information Technology & Services (HIT) remains vibrant and on record pace.  HGP monitored 492 HIT investment transactions through Q3, representing 312 US and 180 non-US targets.  While the pace of activity in the US grew at a 19% annual rate over the last 6-years, non-US HIT investing increased at a dramatic 47% rate.  As striking as the deal volume increase is, the dollar value of investment is also rising at a blistering pace, totaling just over $8 billion globally through Q3-2017 of which $5.6 billion was invested in US-based HIT companies.  Total capital invested globally in HIT has increased at an annual rate of 46% since 2011.

Surprisingly, M&A activity has not mirrored the trajectory of investment.  HGP monitored 272 HIT M&A transactions through Q3 – 223 US and 49 non-US, representing an annual increase of just 3% since 2011 and a slight YoY decline compared to 2016 Q1-Q3 volume. 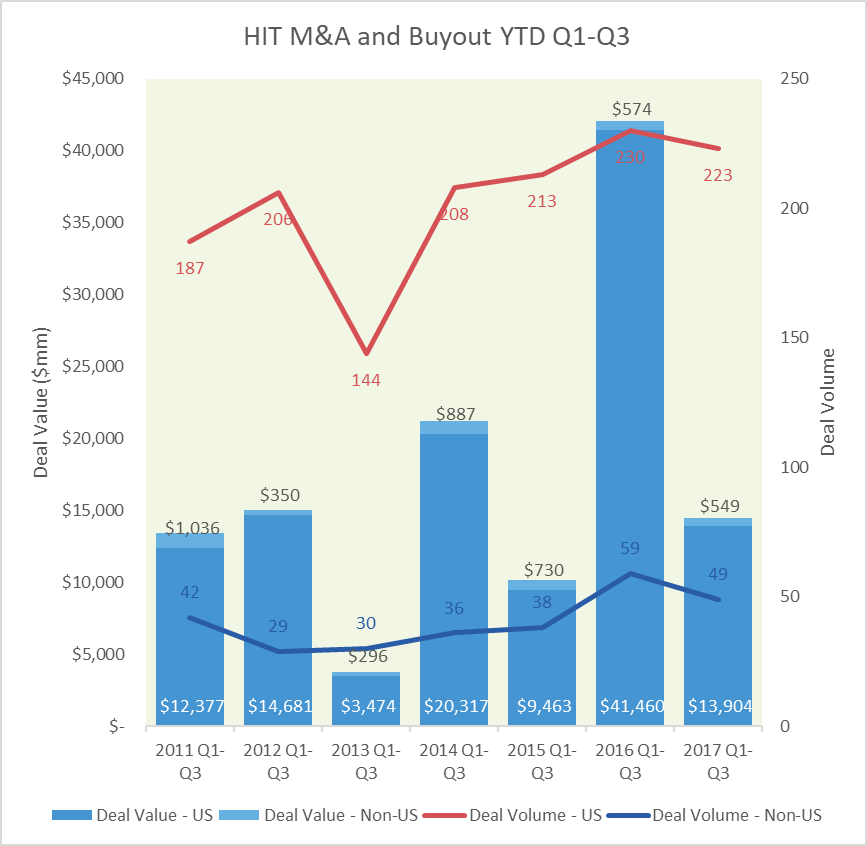 Where are investors placing their bets?  Based on the deal highlights in Q3, the following trends are evident:

On the M&A front, three mega-deals were announced during the quarter:

On the Investment front, the most prevalent theme was genomic medicine, with nearly $500 million raised across five noteworthy transactions:

The following are noteworthy transactions from the quarter.