M&A is back and the velocity of the rebound has outpaced all expectations.  The recovery quickly worked its way across the spectrum from large to small cap, beginning with the larger cap NASDAQ rally of nearly 80% from lows in late March (only to soften in recent days), followed by multi-billion dollar recapitalizations of the likes of WellSky, QGenda, and Edifecs, thereafter a wave of large cap M&A, including Teladoc-Livongo and Waystar-eSolutions, and capped off by a resurgence of small cap M&A transactions.  Taken together, the pace of Health IT M&A and Buyout transactions during the months of June through August is exceeding that of 2019 at an ever increasing rate. Based on our own experience of deal activity, we see this acceleration continuing through the rest of the year.  A flood of capital, rock bottom interest rates, looming tax hikes, a reinforced digital health investment thesis, and the proven resiliency of the recession-proof healthcare system results in strong fundamentals for health IT, notwithstanding the precarious macroeconomic picture. 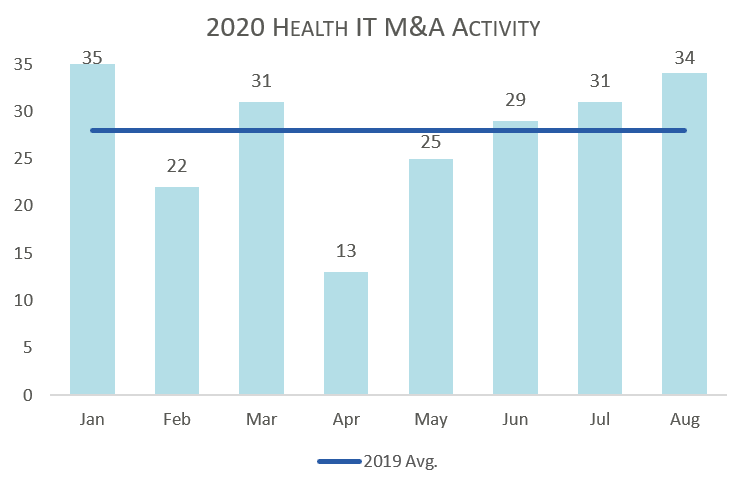 HGP tracks stock indices for publicly traded health IT companies within four different sectors - Health IT, Payers, Healthcare Services, and Health IT & Payer Services. Notably, GoodRx, a platform that helps consumer find affordable prescription drugs, filed for an IPO. SOC Telemed and Accountable Healthcare America also announced plans to go public via reverse mergers. The chart below summarizes the performance of these sectors compared to the S&P 500 for the month of August: 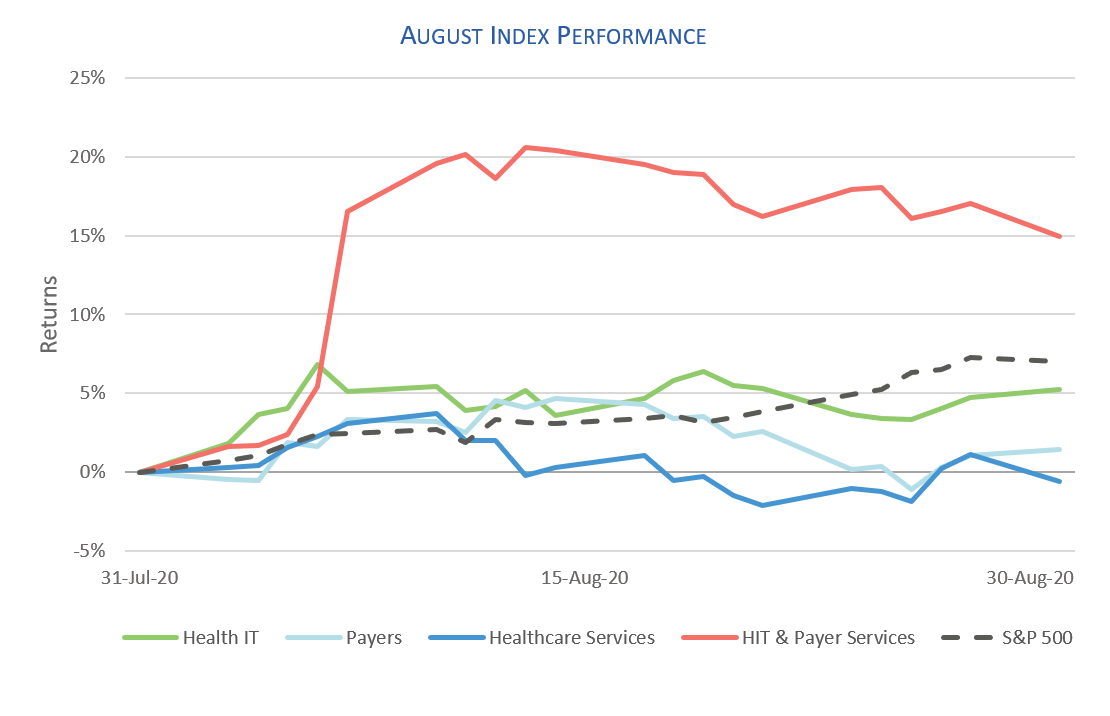 The following table includes summary statistics on the four sectors tracked by HGP for August 2020: