The Health IT IPO streak continued during the month of September, with Peloton, an interactive fitness platform, completing its IPO on September 29, and SmileDirectClub, a network-based provider of orthodontic aligners, on September 12.  Also during the month, Progyny, a provider of fertility benefits management, filed for an initial public offering.  While the volume of listings has been strong, the recent performance has been lackluster, with Peloton and SmileDirectClub trading down 11% and 19% on the first day of trading, respectively.  Health IT is not alone - 2019’s IPO class across the board has generally been a disappointment, with several IPOs valued lower than their pre-IPO private valuations.  However, after a nearly three year drought, the six new Health IT listings in 2019 with more in the queue is a very strong sign for Health IT investors. 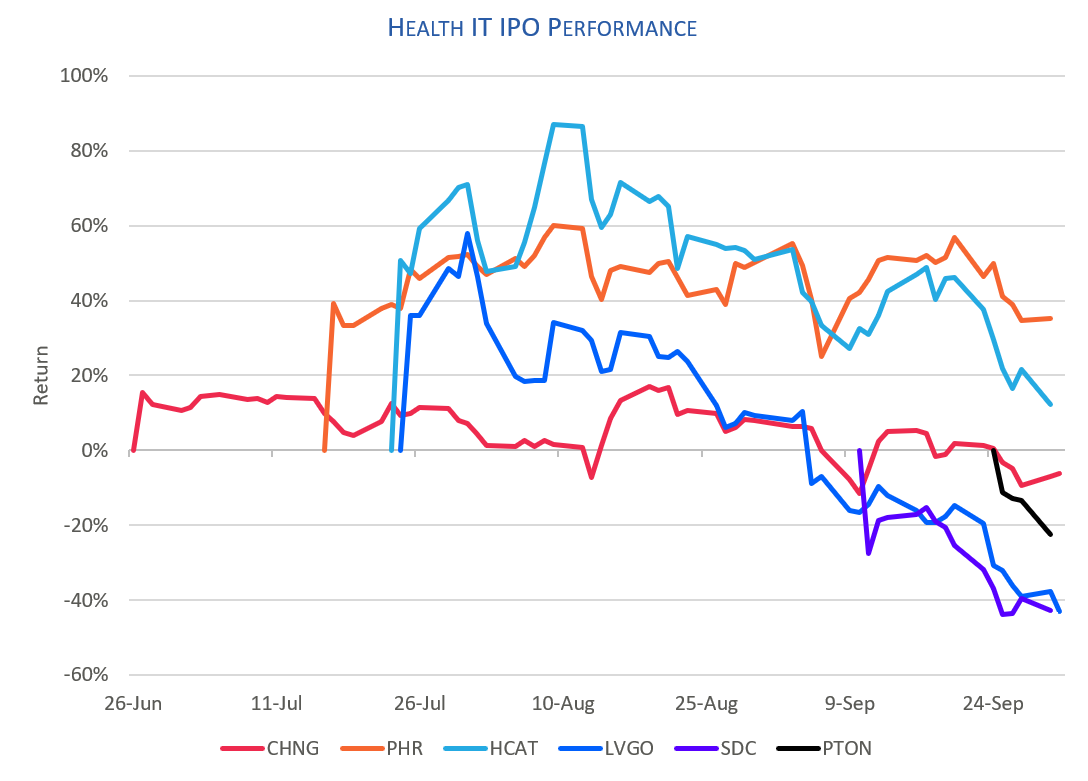 Several investments during the month focused on remote care and device connectivity, including:

Another investment theme during the month of September was clinical decision support, including:

HGP tracks stock indices for publicly traded health IT companies within four different sectors - Health IT, Payers, Healthcare Services, and Health IT & Payer Services. The chart below summarizes the performance of these sectors compared to the S&P 500 for the month of September: 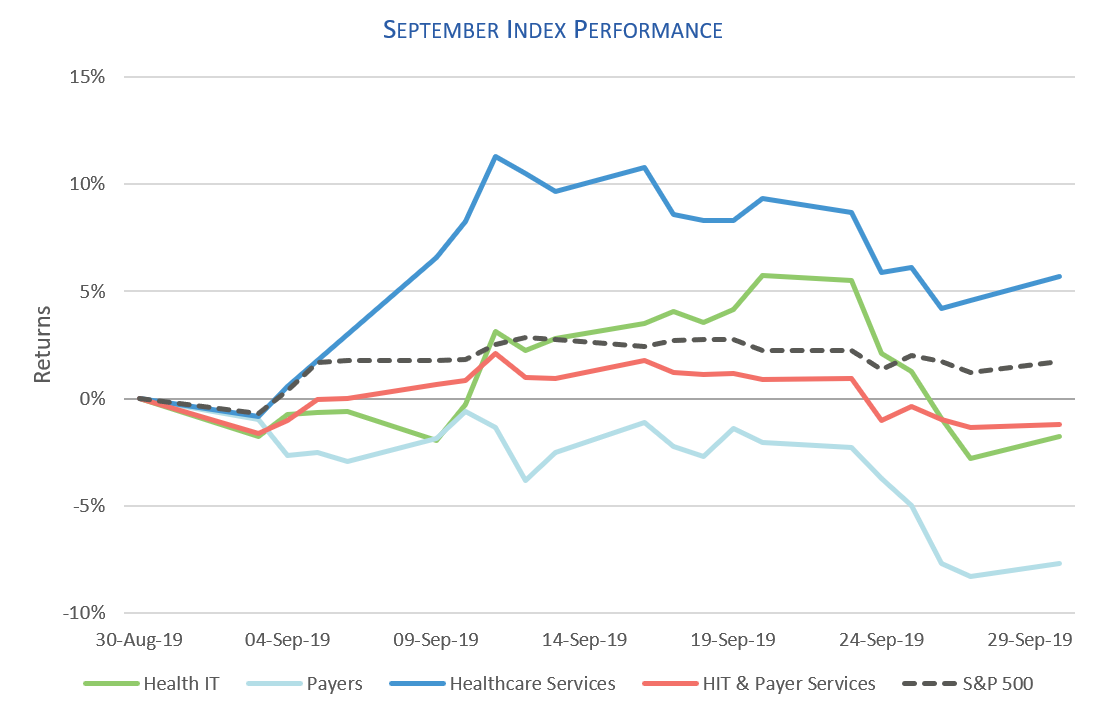 The following tables include summary statistics on the four sectors tracked by HGP as well as the S&P 500 and NASDAQ for September 2019: